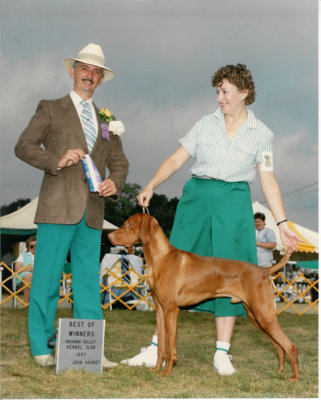 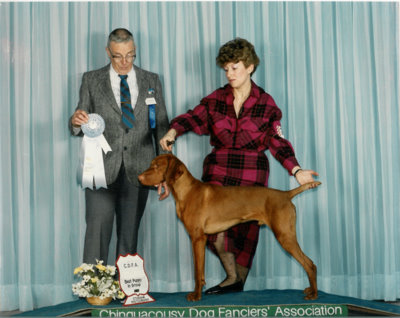 Breen finished his championship easily and took his major wins in the US with great ease. Breen floated around the ring and loved to show and please. Unfortunately Breen ended up being sterile which we later learned was probably a result of having a low thyroid level. Breen lived to be 10 years old and was a true family member. Breen became our template for what a Vizsla could be from the perspective of structure and temperament. We still miss him. 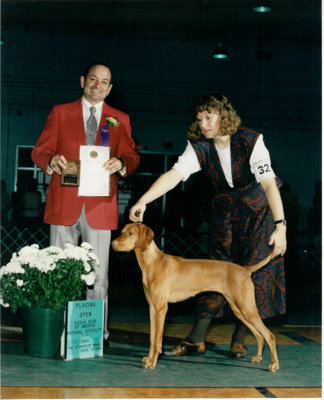 Chelsea Placing in the Open Bitch Class at VCA Nationals

Chelsea came from Kingswood Kennels owned by June and Jim Burns. Chelsea was the only female out of the 8 puppies born so she came home with us. Chelsea came along in the show ring when there were few Vizslas being shown so it took us a while to get her championship which we did after her first litter of puppies. Chelsea was always the queen in our house and kept order in the house even for the visiting dogs. She was an amazing brood bitch who even tried to feed her daughter’s puppies even though she had no milk. Chelsea was a strong spirited dog who lived to be 15 years and even the last weeks of life could put down her granddaughter who lived next door with just a glance. Chelsea was always the life of any party and if you had a open purse or bag she would find the chocolate and often they only way we knew was because there was a piece or wrapper on the side of her mouth. She was a character and full of life. 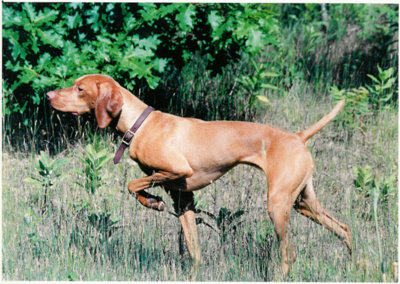 We did keep one puppy from Chelsea’s second litter and her name was Zoe (Adrian Dreamcatcher FD). Her father is Zeke (DC Zegiel Regal of Kent) was from Paradox’s Kennels in the US. Zoe taught us what a field dog was made of. With the help of field trainer Jack Clark we learned what all the excitement about field work was about. We had no idea how special Zoe was in the field until a judge asked me one day if he could buy her and there are field judges today who remember her in the field. Zoe had two litters of puppies passing on her hunting abilities and mother’s show abilities. Her first litter of puppies were born on Halloween in 1998 in less than two hours. She too became a good little brood bitch. 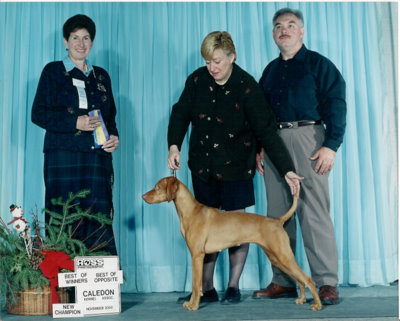 Chloe Winning over Specials to her Championship 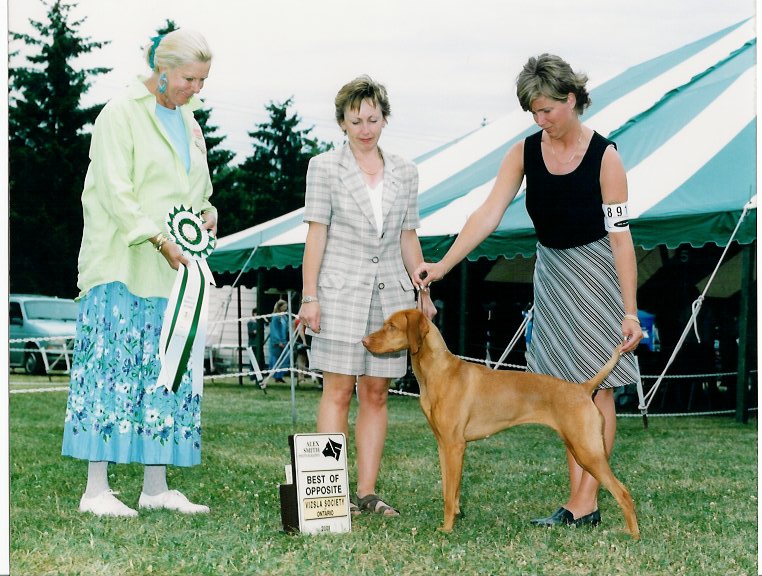 Chloe was one of Zoe’s puppies from her first litter who was a sweet heart of a dog. We traveled with her and showed her at the VCA Nationals where she made the cut of over a large group of open bitches in Cape Cod. I remember her running the beach like she owned and scaring us when she decided to go for a swim in the ocean on a cool October day. She was a great little show dog with minimal showing achieving her championship as a young dog. She whelped two litters of puppies and lived a good long life with the Bryan family in Toronto.