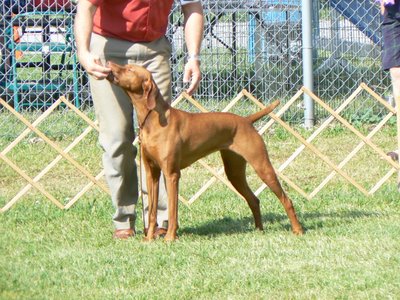 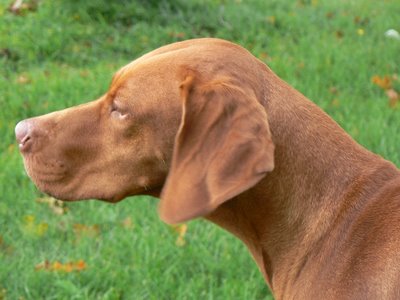 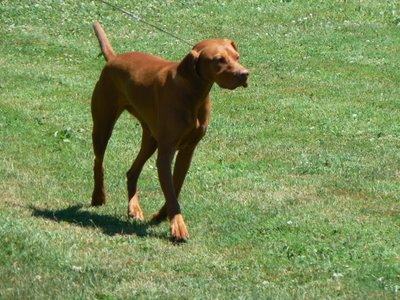 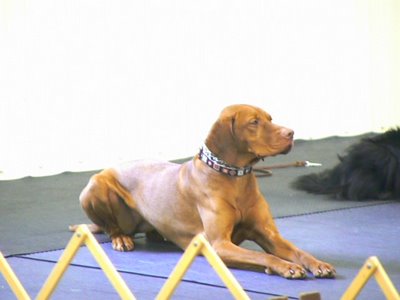 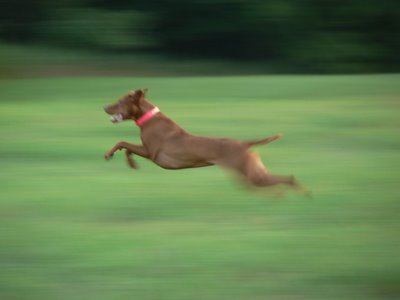 In 2006 an we had the opportunity to buy a female from Magyar Kennels owned by Yvonne Barton in New Zealand. Yvonne agreed to sell us a female and Nancy Heinold bought a male. So the two puppies were shipped together in June 2006. We drove to Detroit and picked up Scarlet who is nicknamed the princess in our house. Scarlet (Ch Maygar Delta Dreamweaver CD Canada & US,FDJ) has completed her championship over specials and is pointed in the US. She was awarded her last two Canadian points by a New Zealand Judge who had given Scarlet’s mother Tar’s (BIS, BISS Ch Magyar Firefly) a group placement as a young dog. The judge had no idea she was judging a New Zealand import which was even more exciting. Scarlet has shown ability in the field by achieving her FDJ in the spring of 2008 with the support and guidance of field trainer Ann Harris and owner of Bearpoint Farm. Her brother Dezso (Ch Maygar Delta Dezso JH) is also doing well in achieving his Championship and Junior Hunter in the US. Dezso has drawn the attention of breeders in the US and has sired a number of champions.

Scarlet was imported from New Zealand from Yvonne Barton(Magyar Vizslas) in June of 2006. Scarlet has completed her Canadian Championship and is pointed in the United States. She completed her FDJ and has completed her American and Canadian CD and will begin trialing for her CDX in 2012-13. She arrived with her brother Dezso who stayed in the United States where he has achieved his American Championship, Junior Hunter and produced a number of champions. Check out pictures of Dezso and his progeny with this link: CH Magyar Delta Dezso,JH